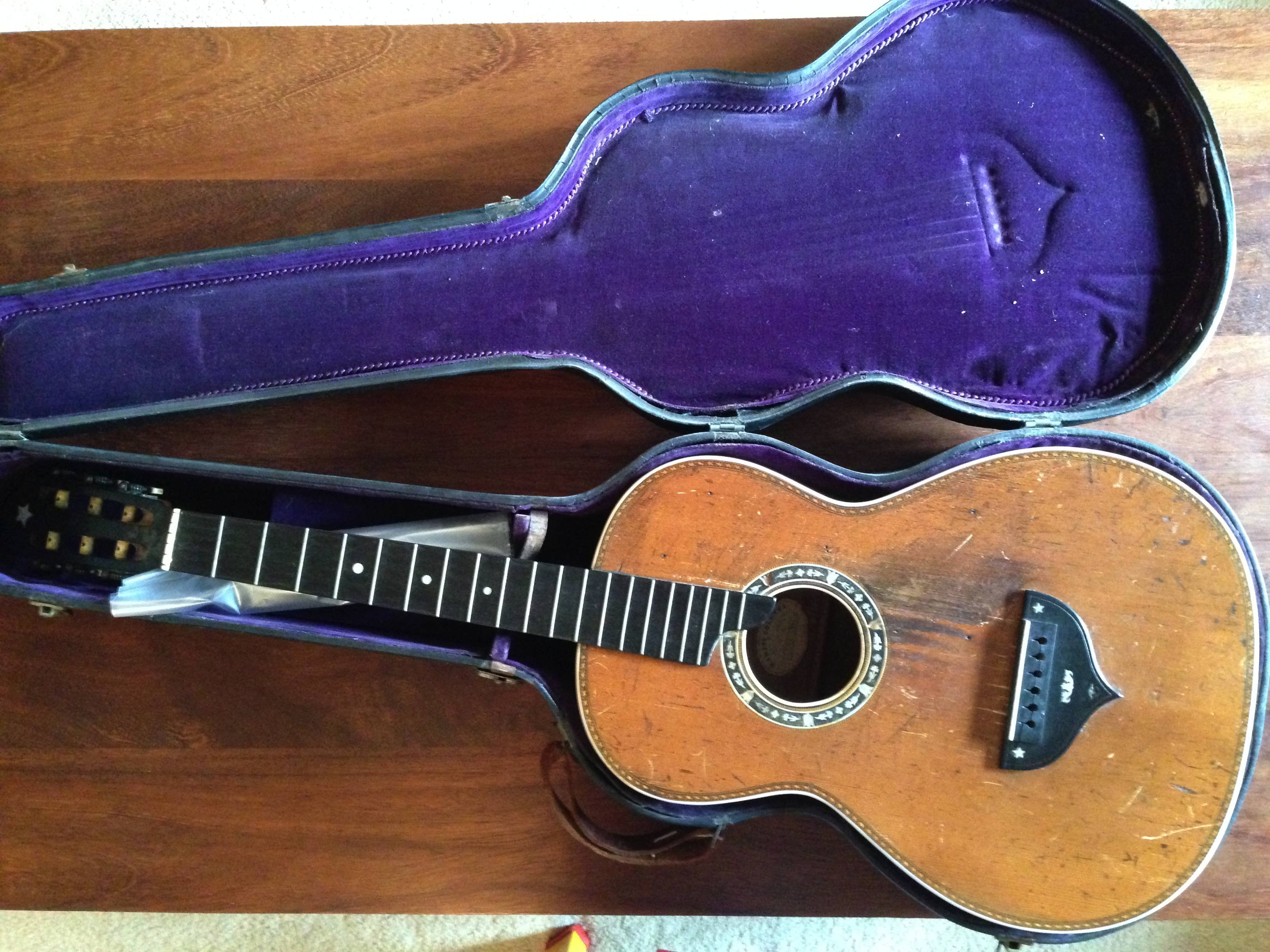 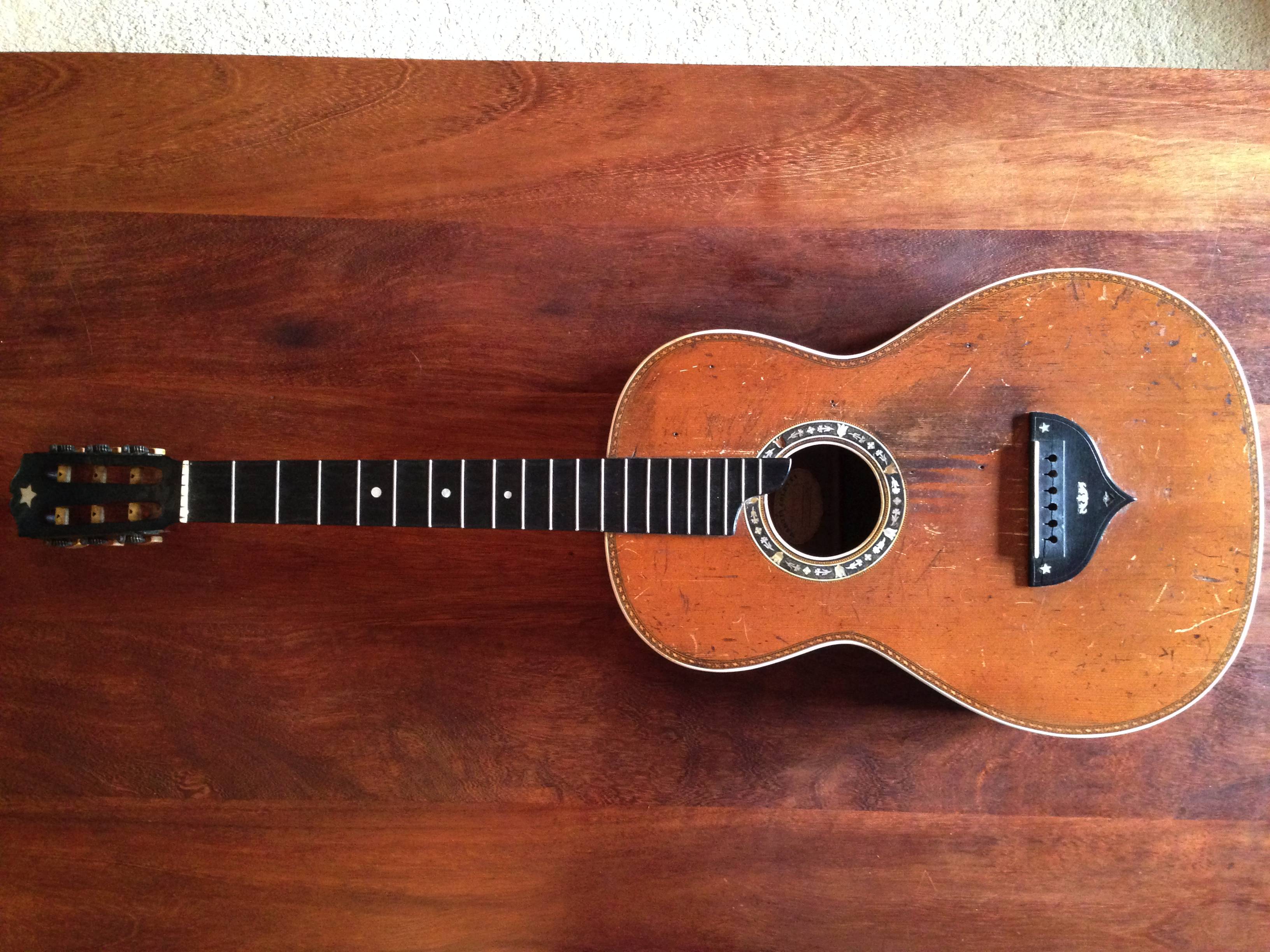 I Saved this little guitar from the dustbin. Now I am learning some of the many ways how not to do something!

Like I've said, becoming a master is learning how NOT! to do somthing a few thousand times. This is a good learning curve for me as yes, I have made mistakes already on this one. Mainly due to not taking my time, and getting overly enthusiastic with it.

The guitar was made in munich, many others where made in the czech republic. It has been built with waulnut back and sides, and a spruce top. The use of steel strings instead of nylon has caused the Bridge to be pulled out and broken. 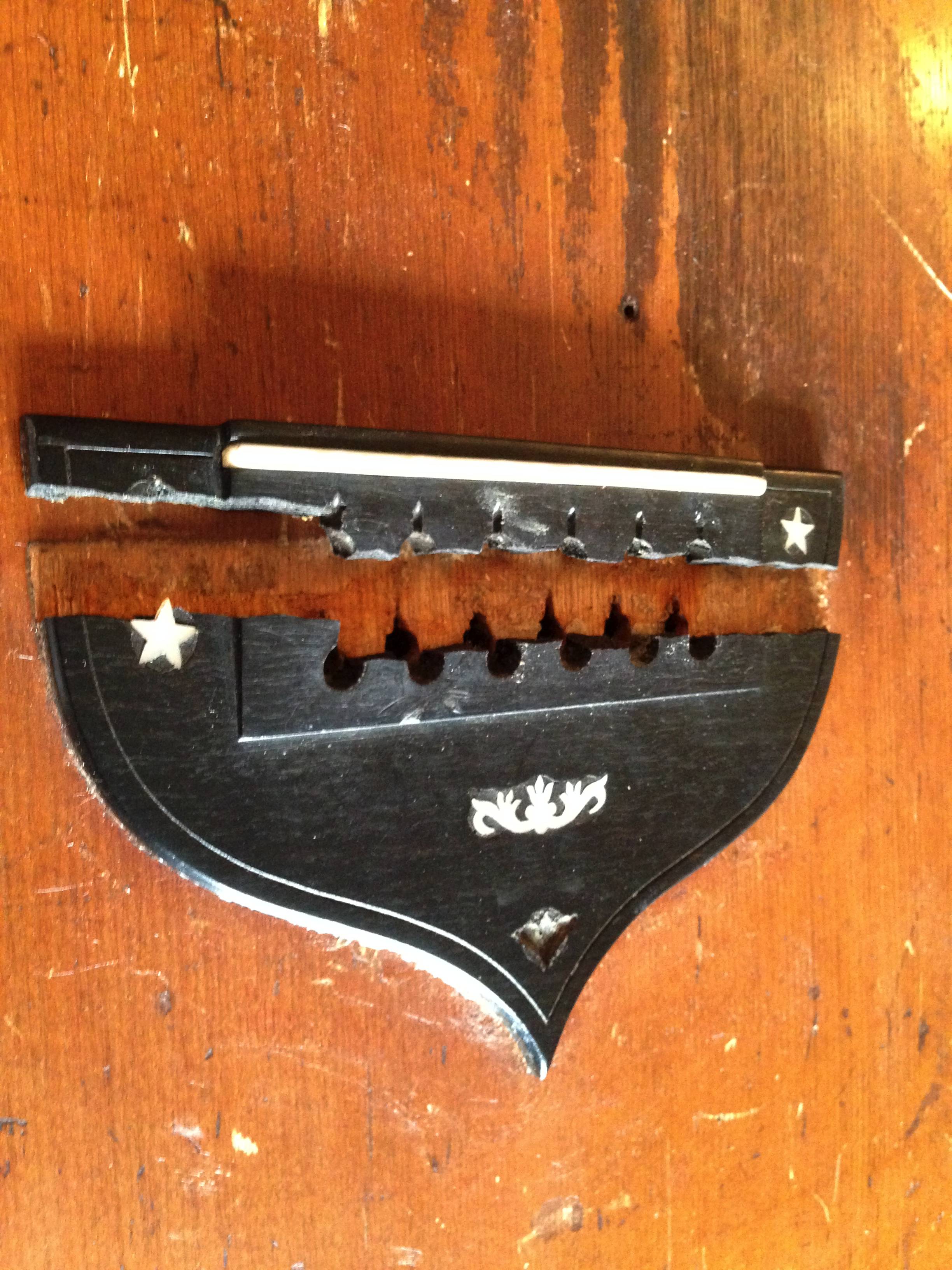 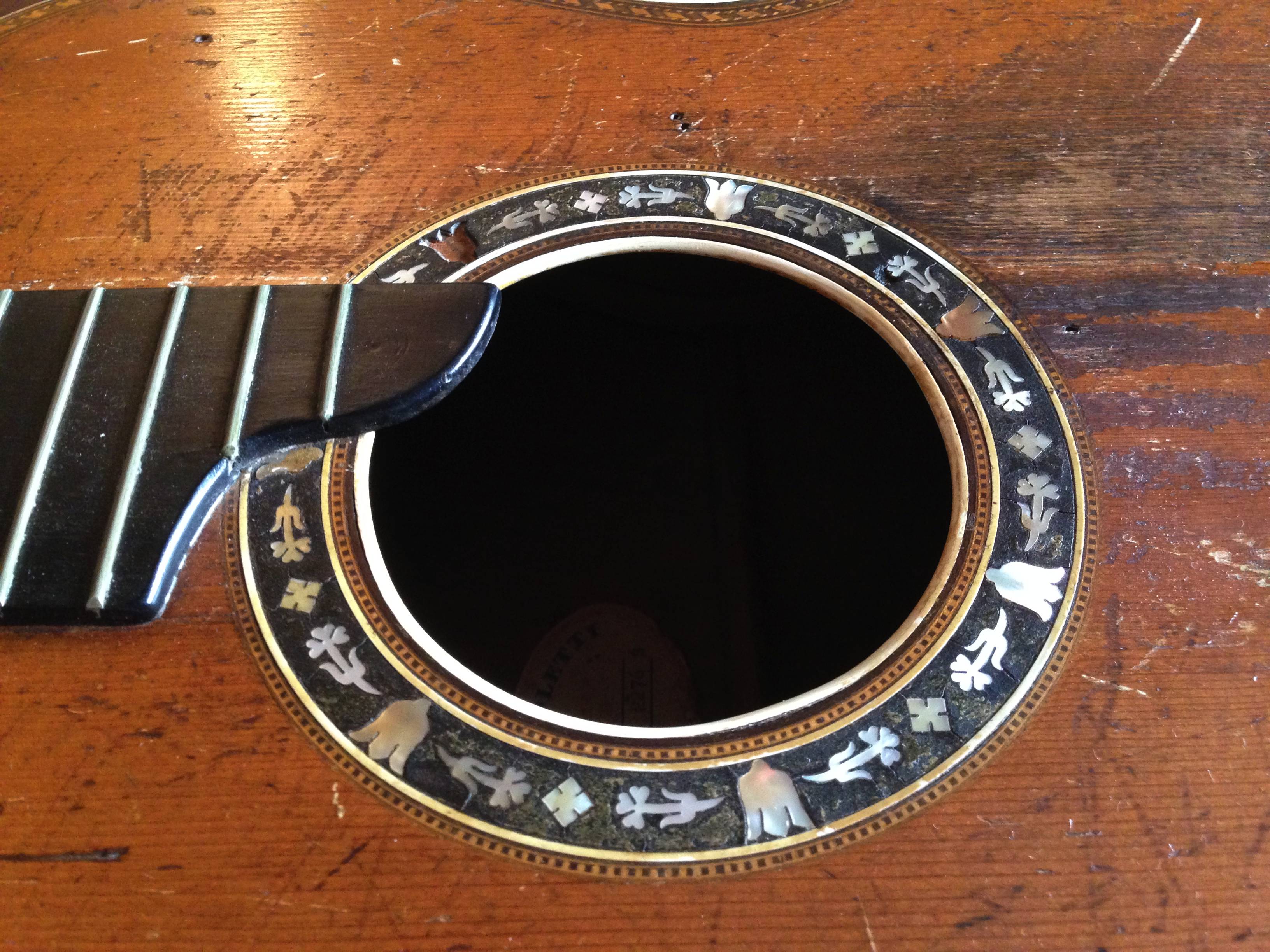 This also caused issues with the sound board splitting either side of the fret board. As the over tight strings had pulled the neck and fret board into the body cavity. 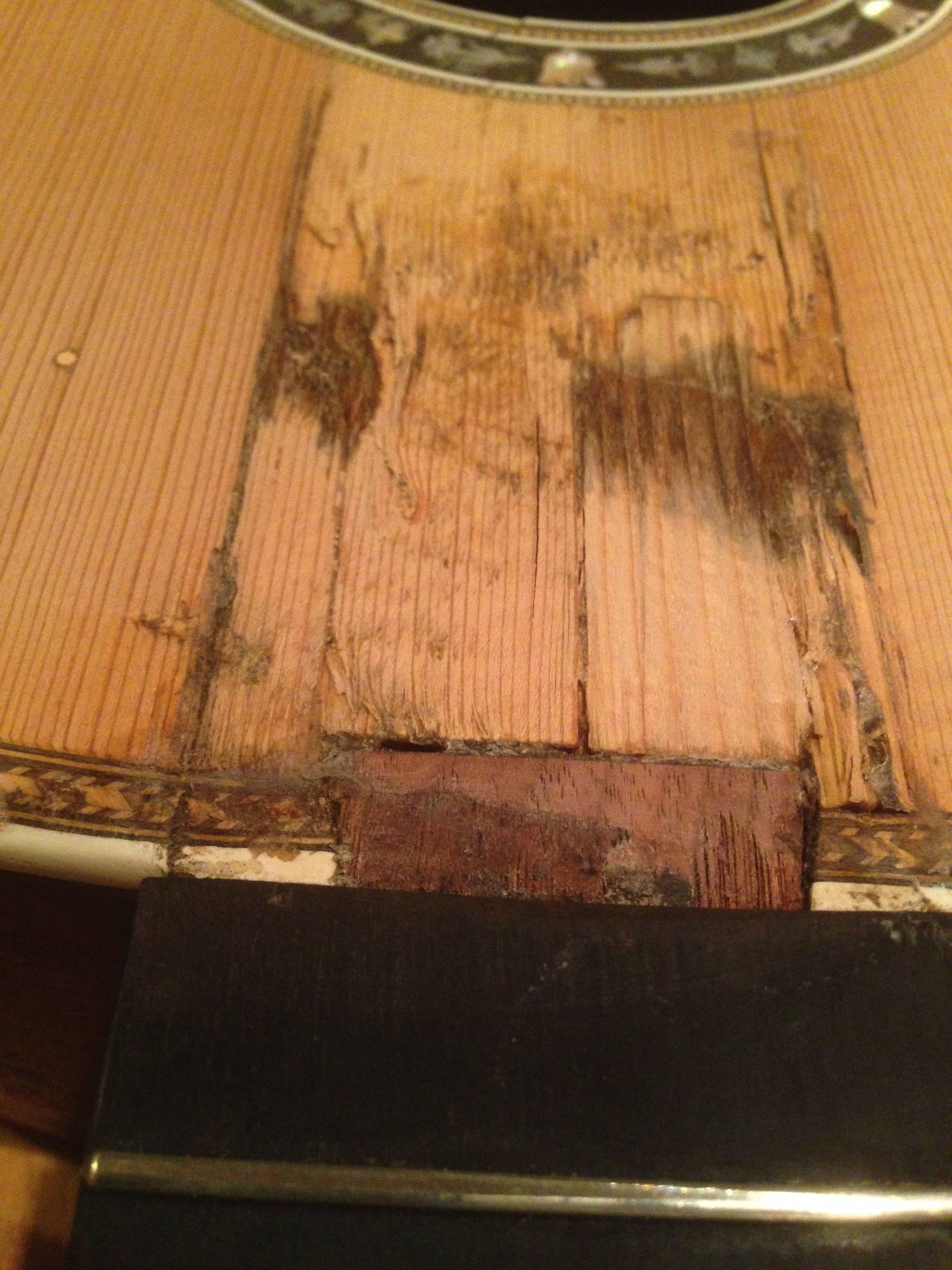 The fret board was originaly put on the guitar in two bits so I found it was easy to get the tail bit off. Here you can see where all spruce was split in so many places under the fretboard tail. I had to remove the fret board tail with heat and a thin knife. 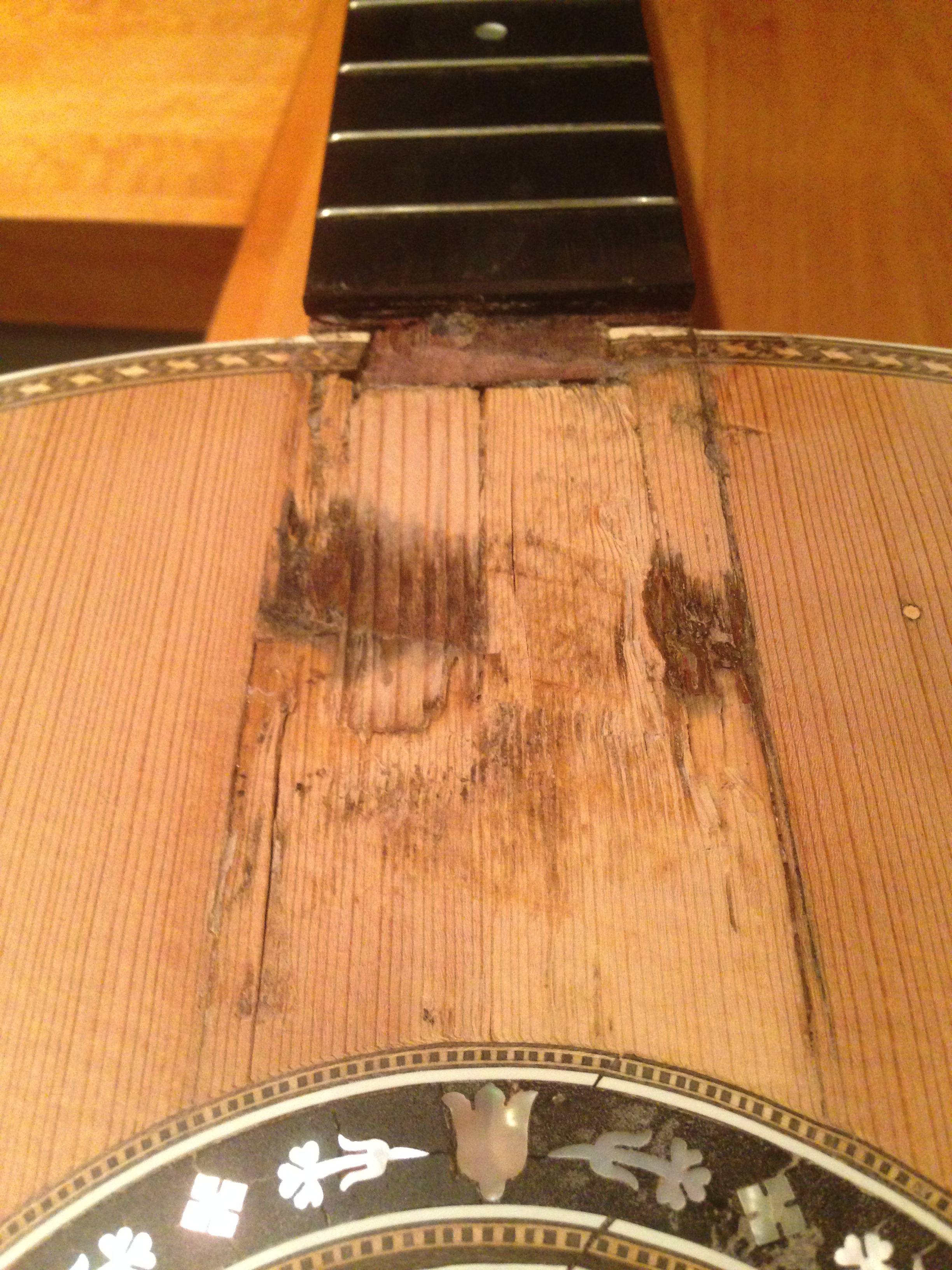 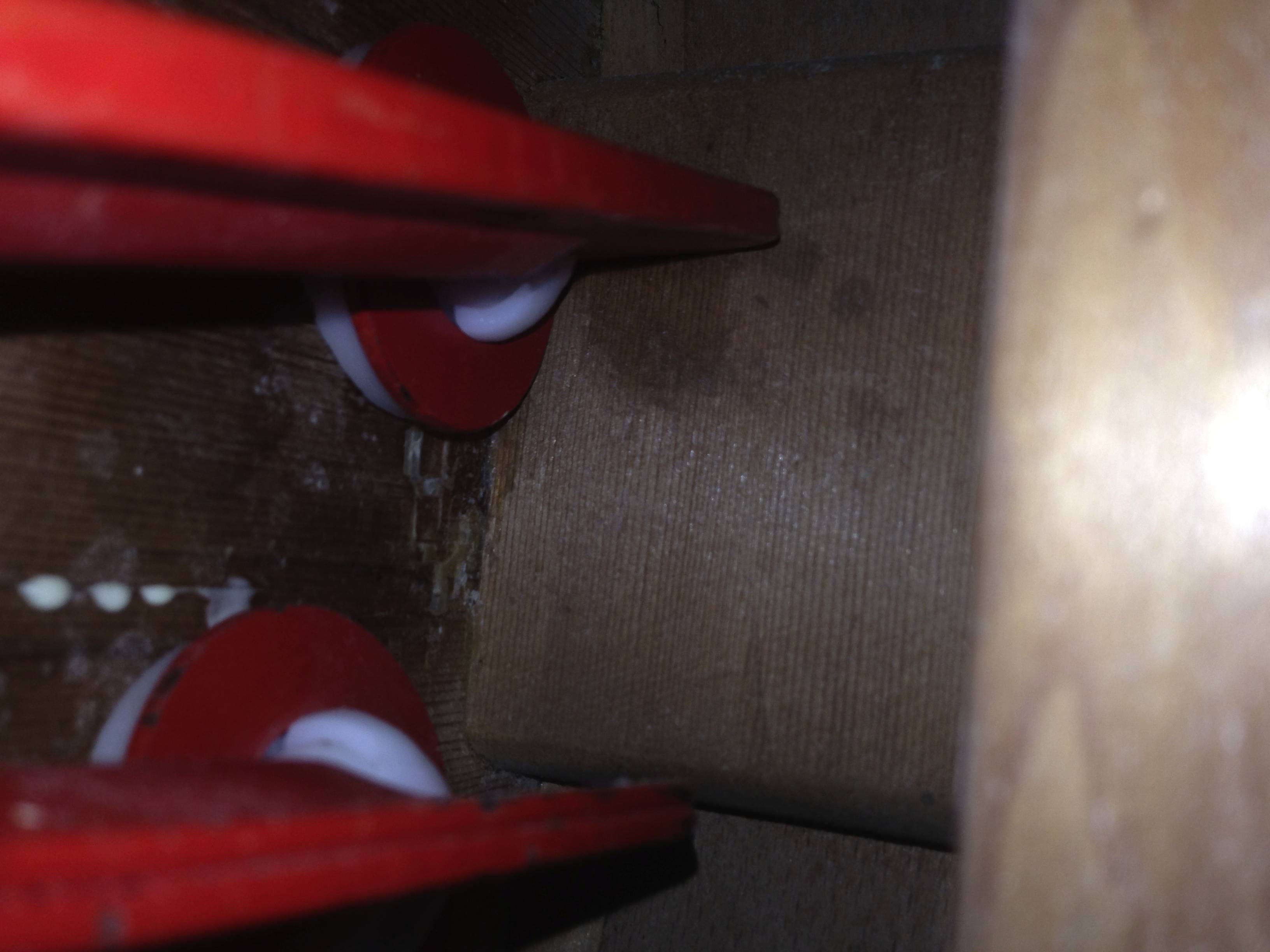 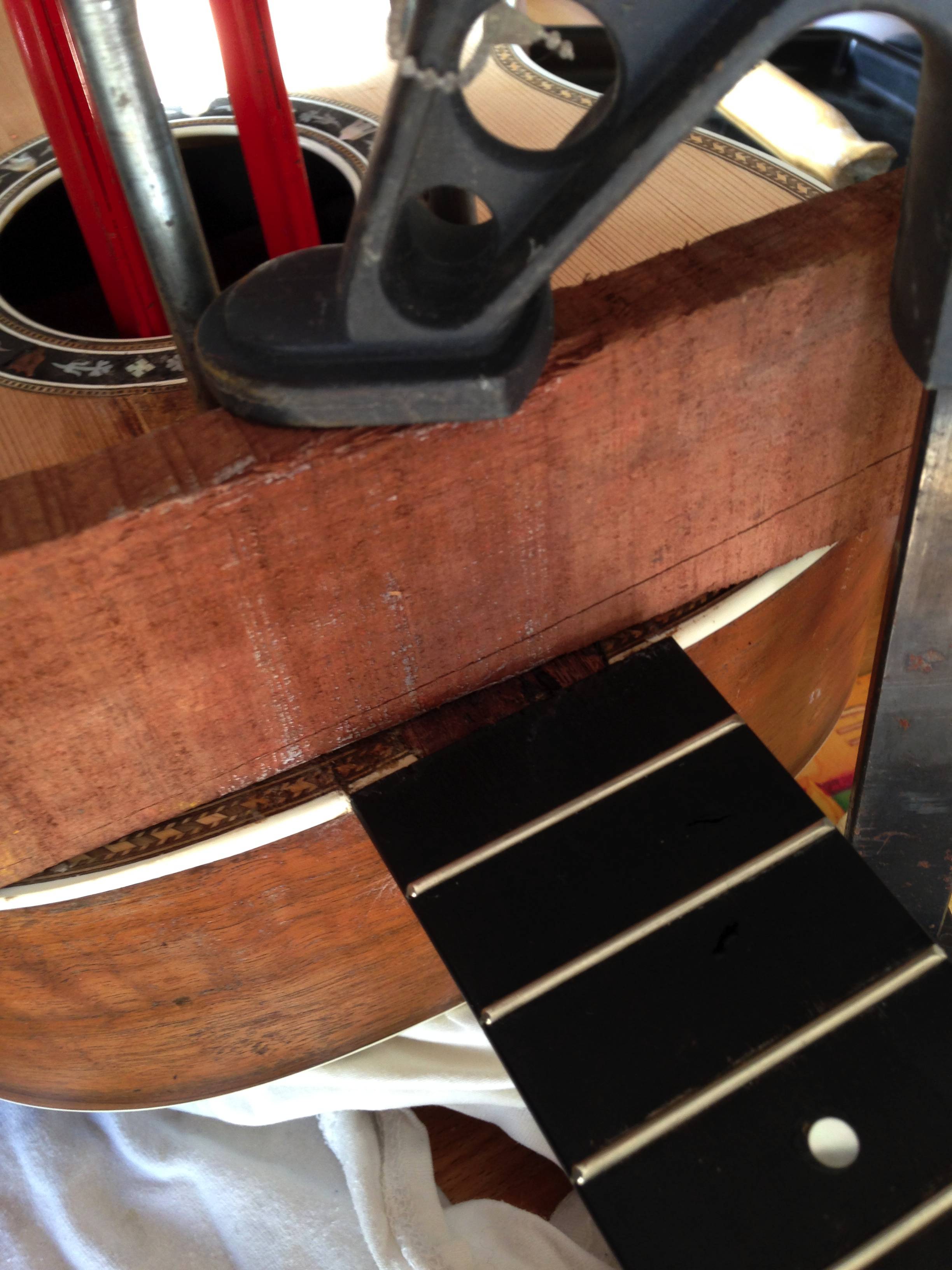 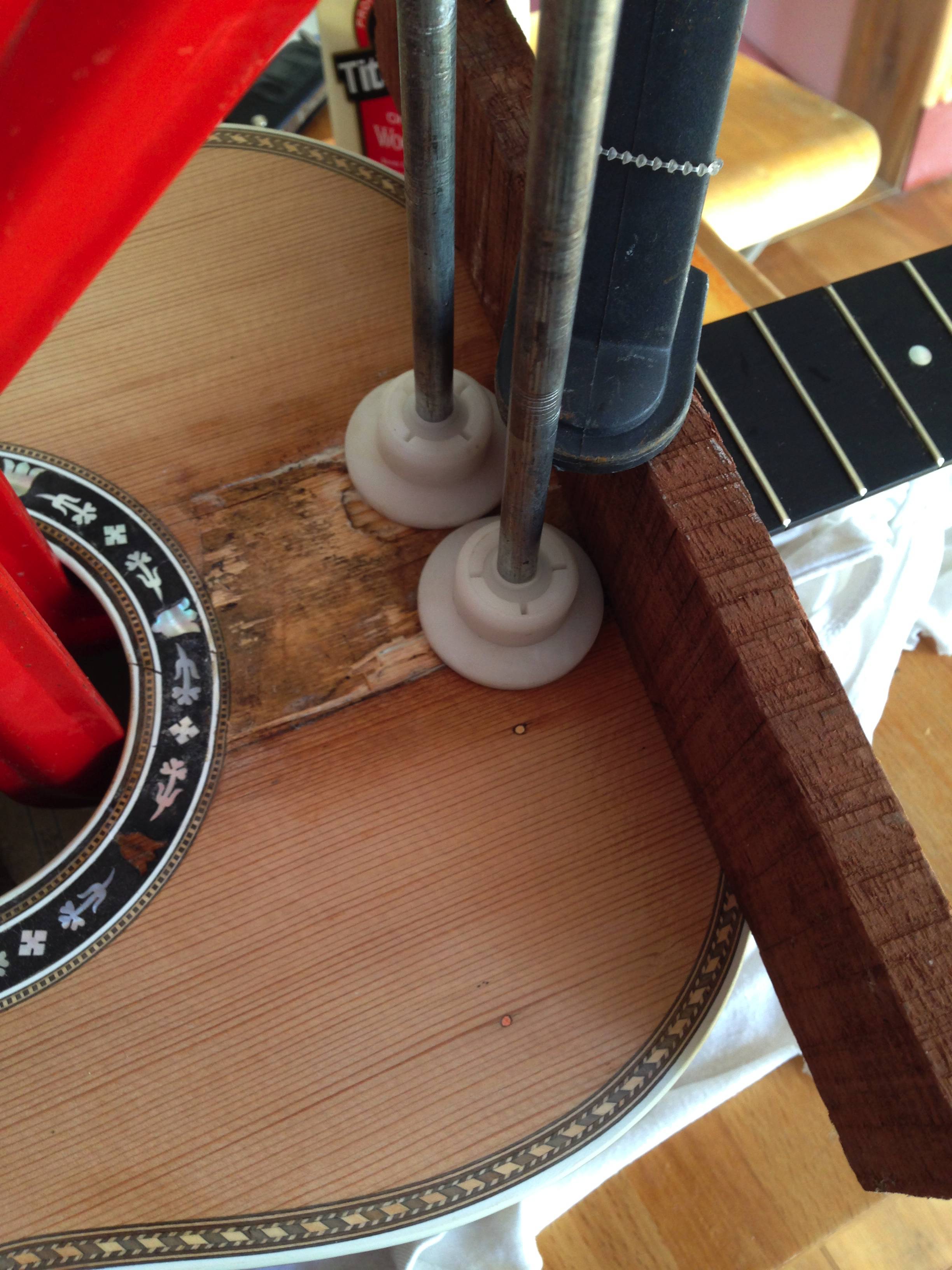 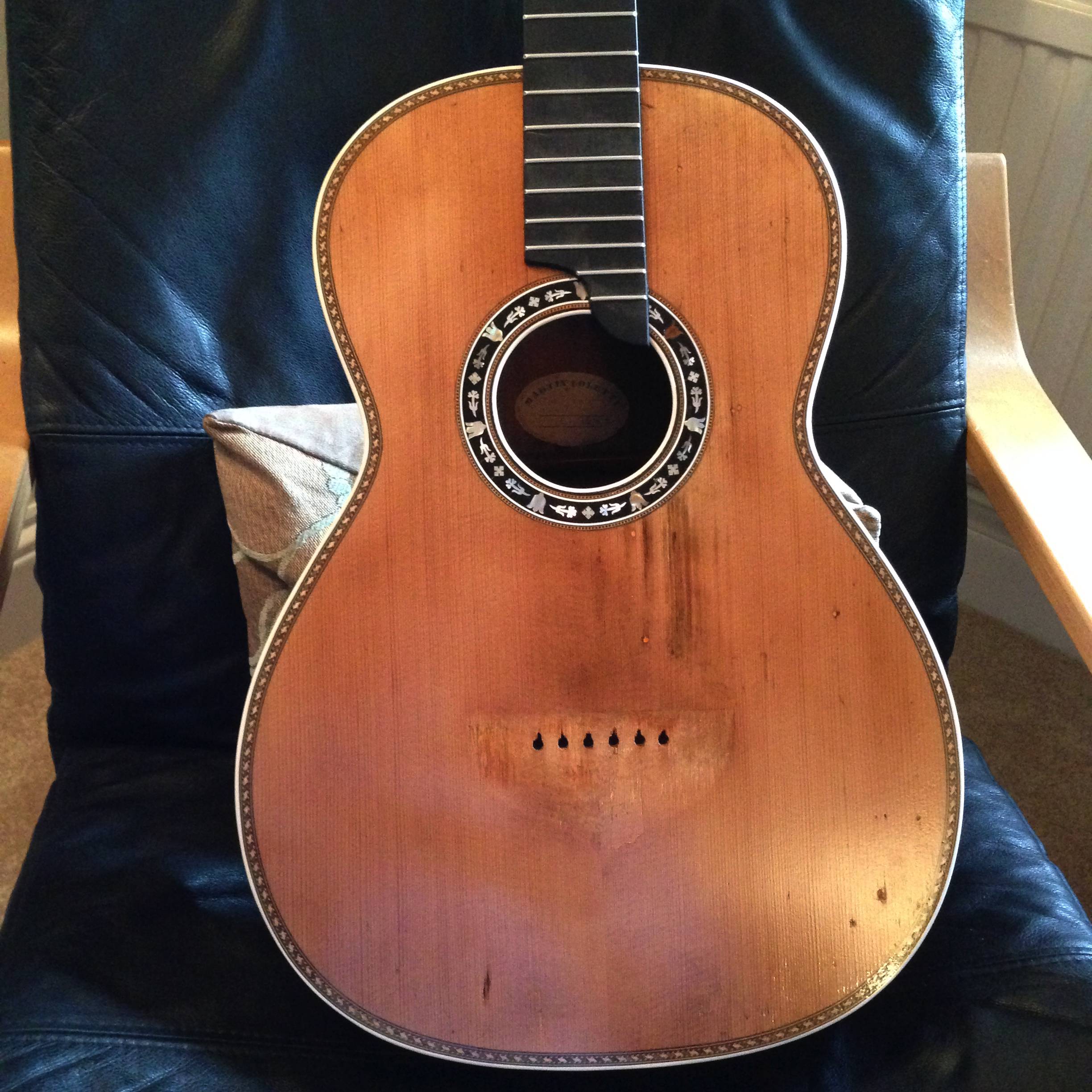 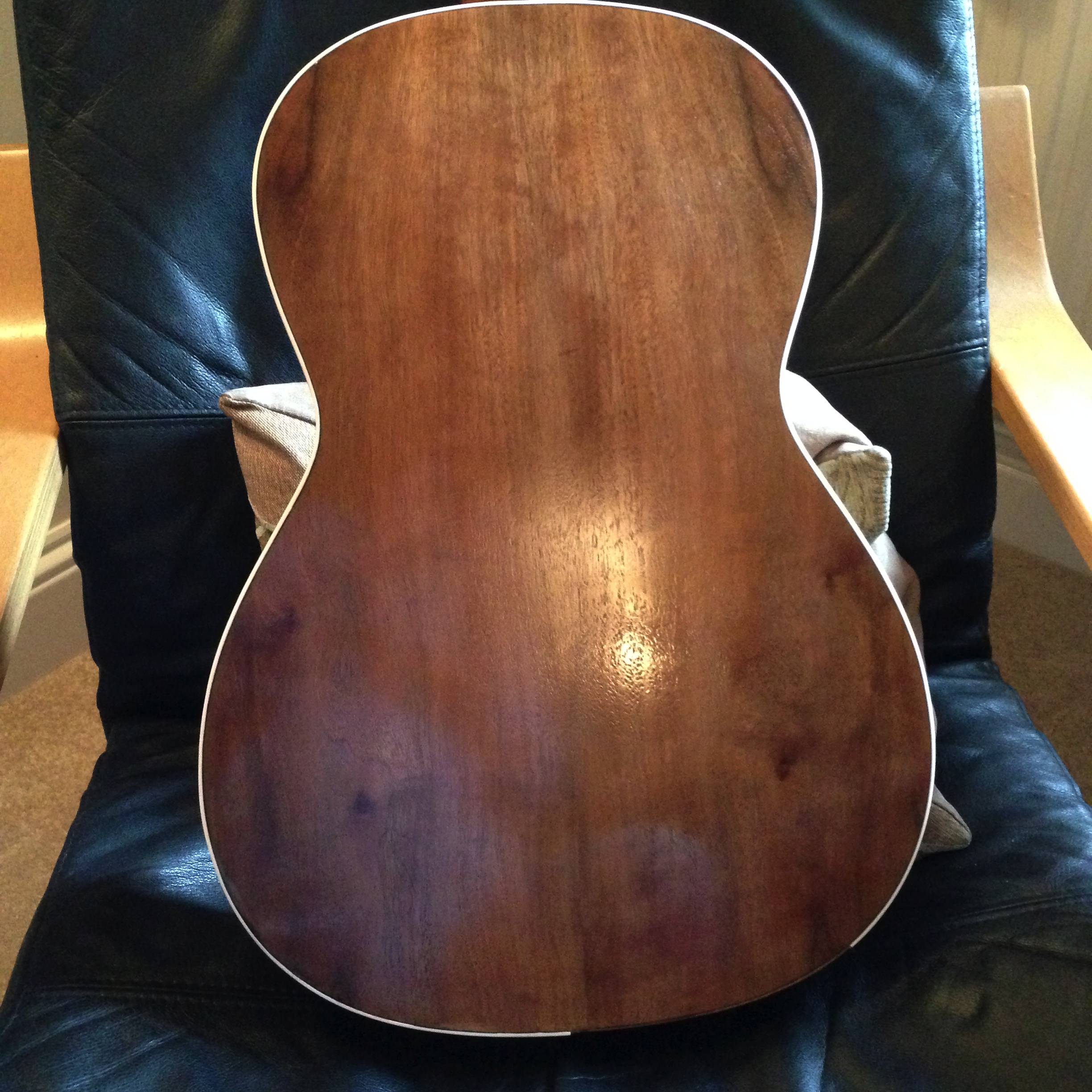